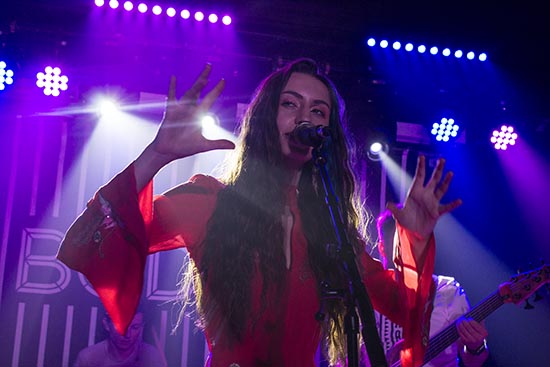 At 7pm the crowds gradually gathered in small masses into the Bodega Social on Nottingham’s Pelham St and straight up the stairs to the main venue area. The Bodega Social, better known as The Bodega, has played host to several local and nationwide artists and has even provided a platform to new up-coming artists. The main lights went out, colourful spotlights lit-up the main stage, even the mirror-ball which hangs from the ceiling helped build up the atmosphere, then the excitement of the crowd began.

An eager silence swept across the room as Olly Hensby took to the stage to perform his acoustic set. He is an incredible artist who music is a fusion of blues and jazz and has an amazing voice that strikes all the right notes. The man sounds like an American export and has a smooth melodic voice and he’s only 21, yet he sounds ten years older. During his set he did a mixture of originals and covers which impressed the crowds. There was a lot of love for him and he was a treat on the ears. At the end of his set he did a duet with a musician buddy which combined R&B and rap can Underwater. An amazing song, with a political underlying message to it. For some reason those sorts of songs always manage to hype the crowd, and this one certainly did. Up next was Nottingham’s very own Kelsey and The Embers 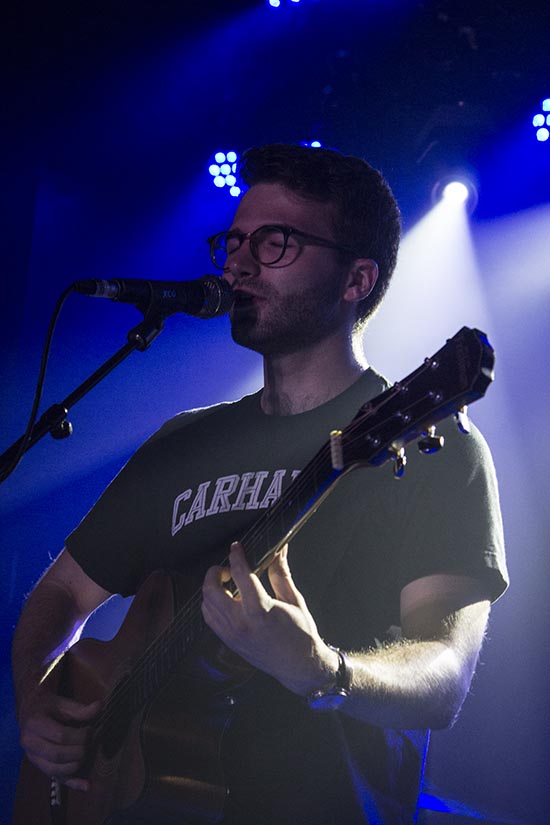 An interesting two-females-and-a-male-trio, and you don’t get many of them around today. The lead singer took a few moments to let the crowd know that they are in fact a four-piece band but their fourth member’s currently in America. Crowd anticipation was steadily rising as was the adrenaline and the crowd was getting even closer. Non-the-less they got the audience going by starting with a cover-track. Covers aren’t always an easy thing to do especially when done live but these guys pulled it off with hardly any effort. Kelsey and The Embers impressed the crowd with their set which of original material and they absolutely loved them. Eventually it was 9 pm and the moment had come, crowd anticipation was on the rise and you could smell the adrenaline getting higher. The moment had now come when Nottingham’s own Tori Sheard came onstage and made her presence felt the crowd went wild and cheered in excitement for her

This was the first time that Tori had ever headlined a gig in her life and tonight she lived up to the expectations. As a female artist she has an incredible voice and sounds older than her years, and she’s only 21 years old. To have a voice like that at her age is just amazing and she can both command the stage and wow the audience with complete ease. If it can be said freely, she has an almost rock-goddess quality the moment she takes to the stage. Tori treated the crowd to a mixture of fresh original material including songs from her current EP, ‘Edge of the Earth’. Her music is a perfect blend of ambient, folk and rustic mixed with some indie undertones. Tonight, was a superb night and all three of the artists on tonight were just sensational and put on an amazing set, absolutely brilliant.

Other photos from the night 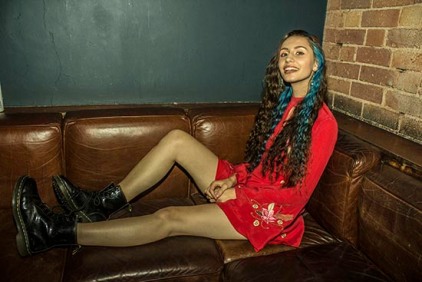